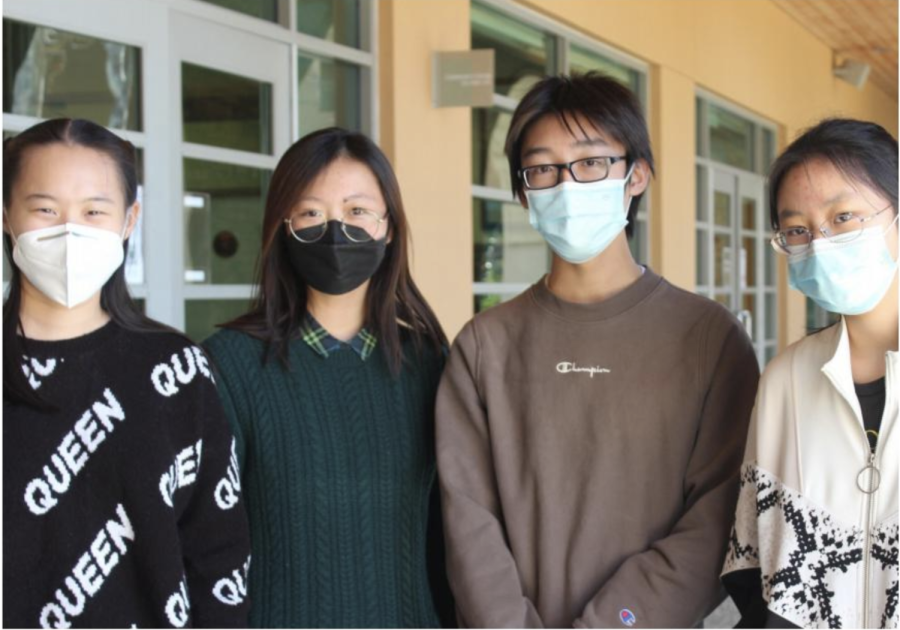 Sophomore Sophia Chen and Juniors Helen Fu, Andy Du, and Xinyi Xie will advance to the next level of the AMC math competition

Sage students made history this year in yet another competition, as four talented math students set a new record in the school’s American Math Competition history. Over 40 students took the AMC test this November, and several students have qualified for the next stage. Sophia Chen, Andy Du, Helen Fu, and Xinyi Xie overcame the competition this year, placing within the top 5% of participants and advancing to the AIME.

Ms. Dear, the team’s coach, noted the success of this year’s group. She mentioned the importance of the team’s accomplishments, as only five Sage students in total had advanced to the AIME in the past 20 years before this season.

Junior Xinyi Xie acknowledged that this year’s AMC was difficult, but she also explained that her past experiences have helped her succeed and improve this year. She adds that while the competition does take a lot of time and effort, the AMC is overall a fun experience.

Junior Andy Du also mentioned that the AMC was challenging, explaining, “This year’s AMC was not easy, especially the B [competition]. I definitely studied a lot for it.” He added that he studied practice problems and reviewed concepts and equations in preparation for the next stage of the test.

Sophomore Sophia Chen remarks on the sense of accomplishment she feels from participating in competitive math, explaining, “There’s nothing like the exhilarating feeling of finally solving a problem you have been stuck on for ten minutes, a month, or even a few years.” She also noted the AMC’s influence from a broader perspective, mentioning the impact of the strong and supportive community competition math has introduced her to.

The AIME exam took place on Tuesday, February 8. Students who advance past this step will qualify to compete in the U.S. Mathematical Olympiad. Make sure to cheer on Sage’s four competitors, and congratulations to those who participated in this year’s competition!