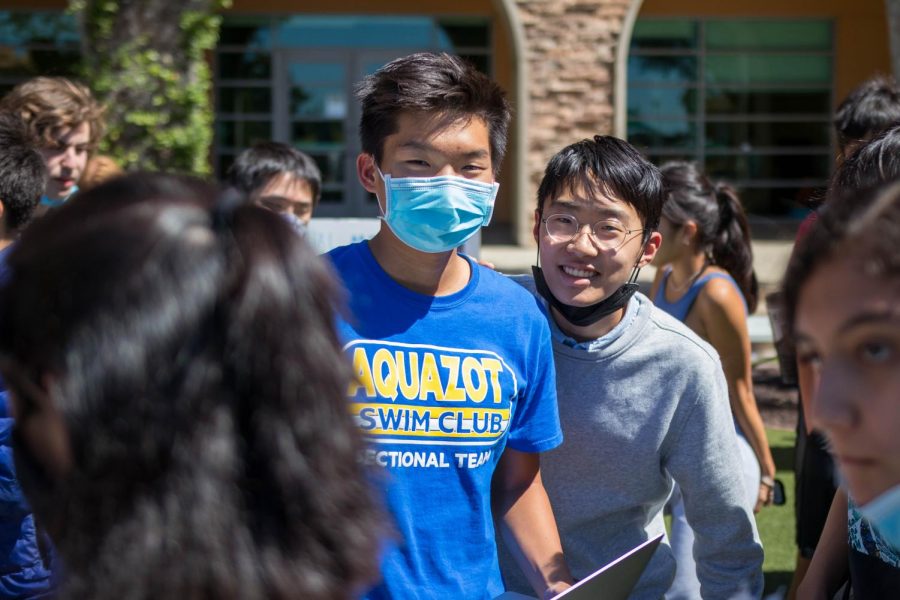 Walking into Sage Hill Club Fair is like browsing an exotic bazaar. The air is buzzing with conversation and collaboration as I take in the vast array of new clubs. I walk along the rows of posters and tables, and one particular club catches my eye. A large white poster with bright blue and green letters announces “Sage Hill Medical Club.”

The Sage Hill Medical Club is a newly founded club this year inspired by two objectives: channel interests and future goals while also serving the community.

“I had two topics in mind,” Choi said. “I wanted to both give back to the community while doing something that would correspond with what I wanted to do in the future. The result of that was the Sage Hill Med Club.”

Although neither Ryan nor Eddie have run a club like this before, Ryan has experience being co-president of the chess club, and he hopes that this knowledge will help guide him in the right direction.

Sage Hill Medical Club focuses on giving high schoolers an opportunity to prepare for a future in the medical field, while also giving students a chance to give back to the community. The co-founders provide members over the age of 15 with official volunteering opportunities at St. Jude Providence Hospital, and members over 16 can volunteer at CHOC Children’s Hospital.

Don’t worry freshmen, you can join too! Ryan also said that “we know that there are age requirements for volunteering at hospitals, so we also have volunteer opportunities for the Red Cross.”

Volunteer opportunities at the hospitals can range from working with actual patients, to doing clerical jobs, to special event support. Volunteers must commit to a consistent shift every week to be recognized as a volunteer, and it is important that they also abide by all patient confidentiality guidelines, customer service expectations, and hospital policies. At the Red Cross, volunteers can expect to host and help out at blood drives, create disaster kits, train in the emergency medical response to disasters, and also can participate in any other events as long as they are approved by the school and the Red Cross.

The club is heavily influenced by the co-founders’ interests. Eddie’s favorite subject is biology. He says that it “definitely impacted my decision in creating this club because biology aligns with the club in multiple aspects.” He also says that his general interest in the sciences helped influence him to co-found this club. Ryan says that even since elementary school, his favorite subjects have been math and science. He says that his knowledge in these subjects “impacted both my decisions to pursue a medical career and create this club.”

Eddie and Ryan are both excited to kick off their club in this new school year, and they hope many others choose to get involved! You can contact them at [email protected] and [email protected] for more information on how to join the club.