The multi-hour event revolved around the importance of empathy and identity. 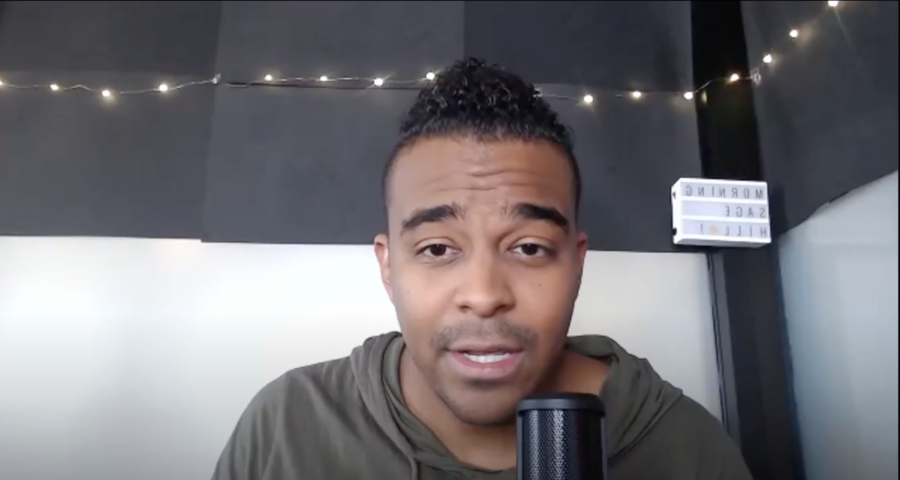 Slam poet Andre Bradford shared his poems about empathy and kindness with the Sage Hill community.

When he was fifteen years old, Bradford discovered his passion for expression on the stage, whether through acting or slam poetry. Since then, he has attended the USC School of Theater and participated in numerous poetry competitions. He has been an Austin Slam Poetry Champion twice, a Texas Grand Slam Finalist twice, and a National Group Piece Champion. Bradford has also given a TedTalk called “How slam poetry can encourage serendipity.”

Right now, he is on a mission to spread the importance of empathy. Bradford has created a show called Kintsukuroi: On Empathy and Other Things. The show is named after a Japanese art form that repairs broken pottery with golden metallic lacquer.

“There is a lot of brokenness out there,” Bradford said, “and I believe that empathy is the golden lacquer we need to start mending our pieces back together again and hopefully make something beautiful out of it.”

Bradford has dedicated his life’s work to bringing attention to social issues and creating a space where others can relate through his spoken poetry. He shared five poems over the course of the webinar. In his poem “Crayon Box,” Bradford speaks about his experience as a person of color growing up in America. “A Kindness” is about the importance of kindness to not only those known but to strangers. One of his other poems, “Dwarf Planet,” highlighted the depression and sense of isolation some individuals feel and, because of this, the importance of empathy and the ability to really hear others.

In addition to sharing his poems, Bradford gave a presentation on how using empathy as a skill benefits the individual. “Empathy fosters pleasurable feelings; empathy heals painful and psychological issues; and empathy is the active ingredient in conflict resolution,” Bradford said.

“Empathy, I think, is one of the most powerful tools we have right now at our disposal to change the world around us,” Bradford said.

Bradford will continue to share his slam poetry and to create a more empathetic atmosphere wherever he goes. He ended the webinar on an important note: “If you want to change the world, try by first starting to understand the people in it.”