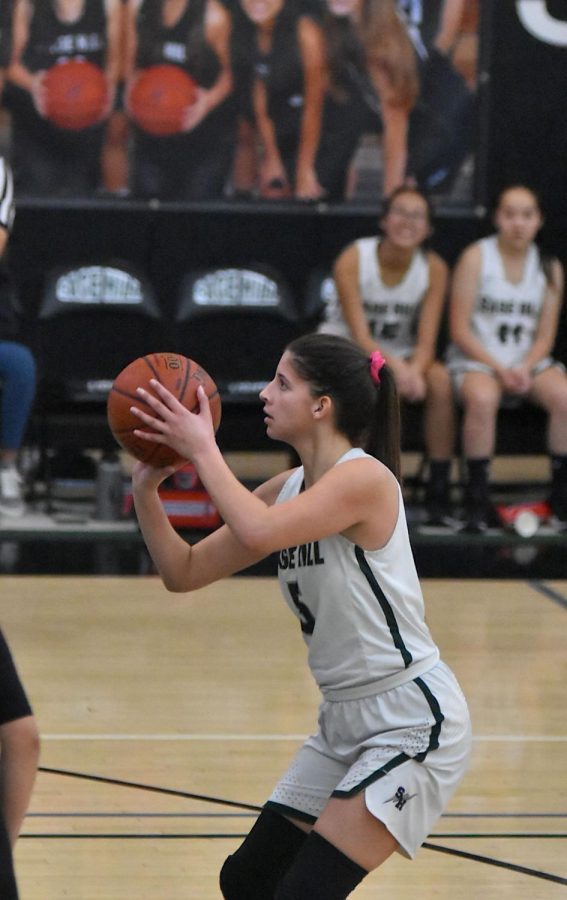 This winter season, Sage Hill’s girls’ varsity basketball team is off to a slammin’ start.

They have won an impressive 18 games to only 4 losses. Team captains Zoe Mazakas ’20 and Isabel Gomez ‘22 have created an encouraging and positive environment for the 13 girls on the team.

Head Coach Kerwin Walters has attributed the success to “an amazing team chemistry… that embodie[s] the Sage Hill ‘family’ mantra.”

Over the winter break, the girls competed in the So Cal Holiday Prep Classic in San Diego.

Sophomore Grace Zhang recounts that the energy surrounding the team was “super hype[d]… [but we] were really nervous about the last game because it was a really competitive team.” She added that they were losing in the first half, but pulled through, persevered and won in overtime.  The team eventually won their division at the tournament, which is the best Sage Hill has ever placed.

The team faced their archrival, St. Margaret’s, on February 4 with playoffs on the horizon. They won that game, 51-34, and clinched a playoff spot. Before the game, there was an emotional tribute to Sage Hill parent Kobe Bryant and the eight others killed in a helicopter crash on January 26. A student from St. Margaret’s and her mother were also on board.

Coach Walters said as a coach he hopes to “teach them that life is about the relationships and memories that we create… Always doing things for the right reason, helping others when they are in need and being able to show compassion to others.”

With such inspiring leadership driving the team, this season should be considered a success.