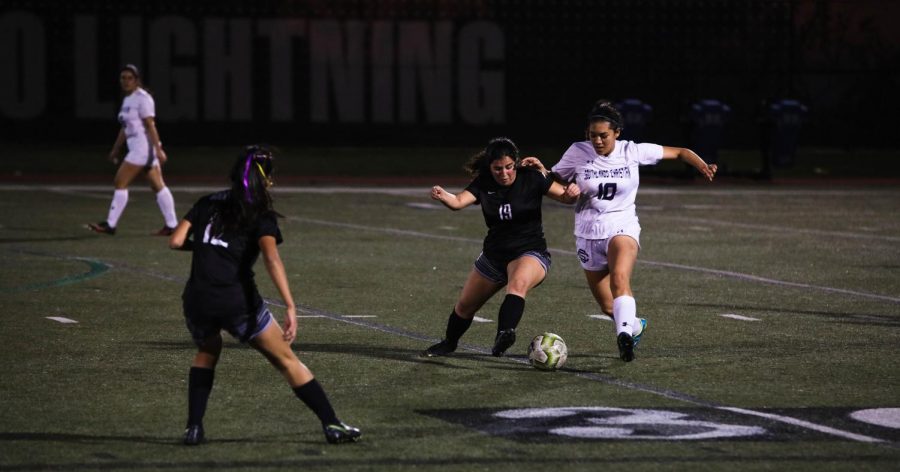 Motherway plays the goalie position, and also has many responsibilities as captain.

“I think a big part of being captain is leading by example, which includes staying focused during practice and getting the equipment from the shed,” Motherway said. “Another thing is making sure everyone is friendly and supportive of each other both on and off the field, which helps us perform better as a team and really bond.”

Sophomore Zayna Lateef, who recently won Athlete of the Week, has been a strong asset to the team playing the left forward position.

“Our best memory as a team was the first goal we scored against Pacifica Christian. Lauren scored with a header and it really built up our confidence. It was the start of a great season,” Lateef said.

Nicole Motherway has several goals for the season to end off strong.

“As a team we are aiming to finish second in league, and I think if we keep up how we are currently playing we have a good chance of doing so,” Motherway said. “I also hope that we continue to bond as a team, as it’s a really great group of girls.”

The Lightning team is currently in 2nd place in the San Joaquin League and looking toward the playoffs.