When Does a Costume Mean Something More? 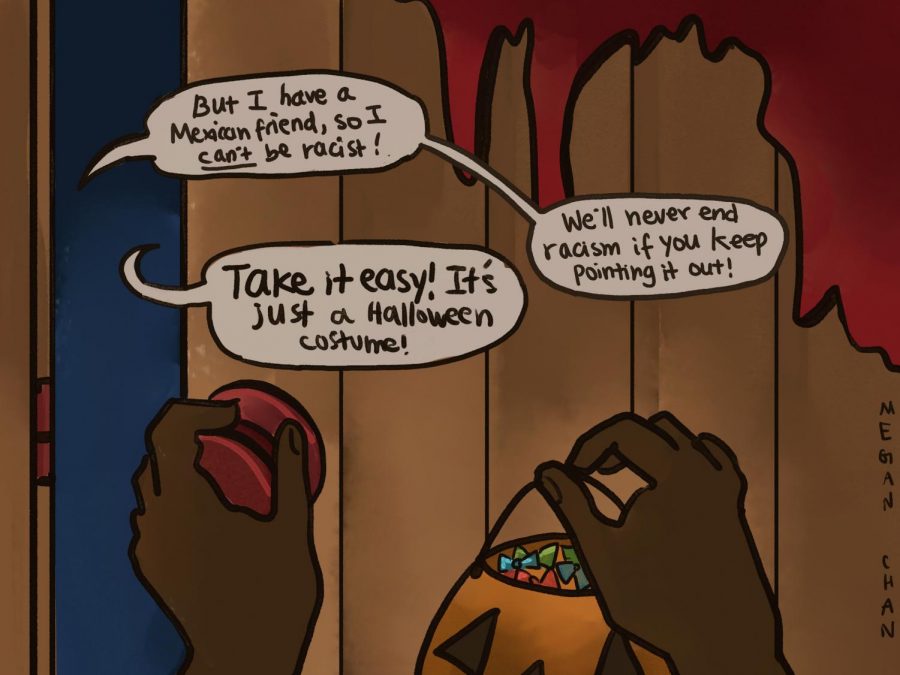 It’s that special time of the year again. The air is getting chillier, the days are getting shorter, and millions of adults and kids flocked to stores to purchase cheaply made frocks for a night of escape from reality and submersion into the world of fantasy.

Although Halloween is religious in origin, like many other holidays, it has been commercialized and turned into another capitalist event, but that is a conversation for another time. Here, I’m going to look at where to draw the cultural appropriation line with Halloween costumes.

Rising concerns about cultural appropriation in Halloween costumes have been coming to a head during the past few years. As people are becoming more accepting of cultures that were previously marginalized through media and our legal system, they are starting to see more and more flaws in the way our society approaches this holiday. Consequently, this issue has gained more coverage in the media, with news outlets such as The New York Times and BBC  publishing reports on the offensive costumes donned worldwide on this day.

I recently saw a post on Instagram that loosely translated to the following: “Don’t do blackface, don’t do brownface, and don’t dress as any other character that is different from your race.”

To provide some historical context, toward the early/middle part of the 20th Century, African Americans and other minorities were not allowed to participate in a variety of industries, including the movie industry, so white actors painted their faces with black paint and essentially acted like imbeciles on screen in order to portray these cultures, as they were then seen as inferior. It wasn’t until the Civil Rights movement and the latter half of the 20th century that we finally started treating marginalized cultures as people.

America’s not-so-distant past provides a clear argument for why costumes with blackface and brownface are and should be deemed culturally unacceptable and racist. But, what about when we say that dressing in a costume from another culture is unacceptable, and what about intent?

Is it problematic when we dress our kids as Disney characters that may be from a different culture to ours? Are we actively trying to appropriate that culture and contribute to the culture of racism?

If you ask a parent why they dressed their 4-year-old daughter as Moana when she is not a Pacific Islander, almost never will the answer be because they are actively trying to contribute to the stereotypes associated with Pacific Islanders because of Disney’s portrayal. Chances are it’s because their daughter loves Moana and just wanted to be her favorite princess for Halloween!

This same logic can extend to other costumes such cultural origins such as ninjas, fortune tellers, and others of the sort. Most of the people who wear these costumes are not trying to disrespect or appropriate the cultures from which the costumes originated, they are simply paying homage to the characters they are portraying. By telling our kids that they can’t wear something or portray a certain character because doing so may be seen as taboo, are we not contributing to the creation of a cultural divide?  What we should be doing is coming together and learning from one another and highlighting what we love about ourselves and other cultures. I am not trying to advocate for blatant racism and cultural appropriation by any means, but I also think that all cultures have a right to portray one another in a respectful manner.

I recently had the opportunity to sit in on a SAME meeting whose purpose was to measure people’s opinions on which costumes could be considered culturally offensive and which one were not.

This is my experience as an active participant: An image of a certain costume was shown on the board and people had to separate themselves into three groups based on whether they found the costume offensive or not, or whether they were neutral. It was easy to argue for why the costumes were offensive — they included a Native American costume with a headdress, a generalized South Asian costume, and a ninja costume, among others —  but what was truly fascinating was hearing some of the arguments for why they weren’t.

Some people were posing questions on whether the costume was truly offensive if the intent behind it wasn’t malicious and if the culture that the costume was meant to portray (or some aspect of it) didn’t take offense. Overall it was quite eye-opening to witness the multiple takes from different members of our community on this polarizing issue.