Opening Up to Prospective Families 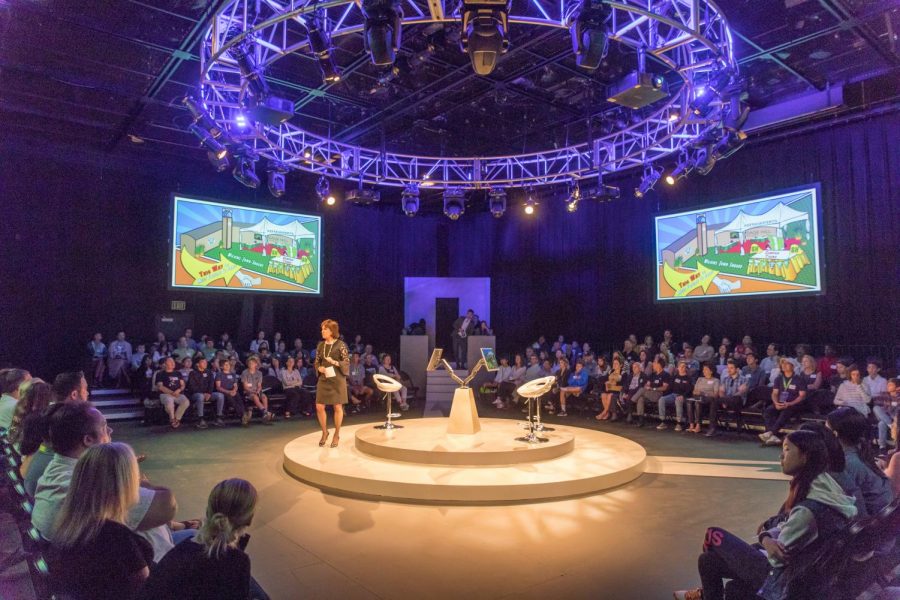 On October 12th, the Black Box Theater was filled up with students and parents from surrounding cities. Over 280 prospective families joined Sage Hill at its open house.

The annual open house has seen a lot of change since Sage Hill was founded twenty years ago. At the time, it was a simple information session in the library. Now it features a presentation in the black box, which opens with a welcome from the head of school, Patricia Merz, and a speech by the president, Gordon McNeil.

A game show called Who Wants to be Sage Hill Student, a spin-off of Who Wants to be a Millionaire, follows and discusses basic information about Sage. The presentation ends with a statement by the director of admissions, Elaine Mijalis-Kahn, inviting everyone to apply.

Afterwards, prospective students and families can tour the campus with Sage Hill students, and attend a party in the Wilkins Town Square where they can meet and talk to the faculty as well as parents of current students.

“I really like this format,” said Sally Sefami, a faculty member of the department of world languages, “It is much more personal. Instead of us telling [prospective students] what we want [them] to know, [they] can ask us about what they want to know.”

This innovative open house style is immensely popular among attendees as well. Many said that they especially enjoyed watching the game show.

Several also mentioned that the school tour was great, and cited the campus as a reason they would like to come to Sage.

“The campus is beautiful. The kids and teachers seem incredibly nice,” a prospective student said.

Parents were impressed by the open house as well. They hoped that at Sage, their children could work hard, play hard, and make friends at the same time.