The Stage of the Digital Age 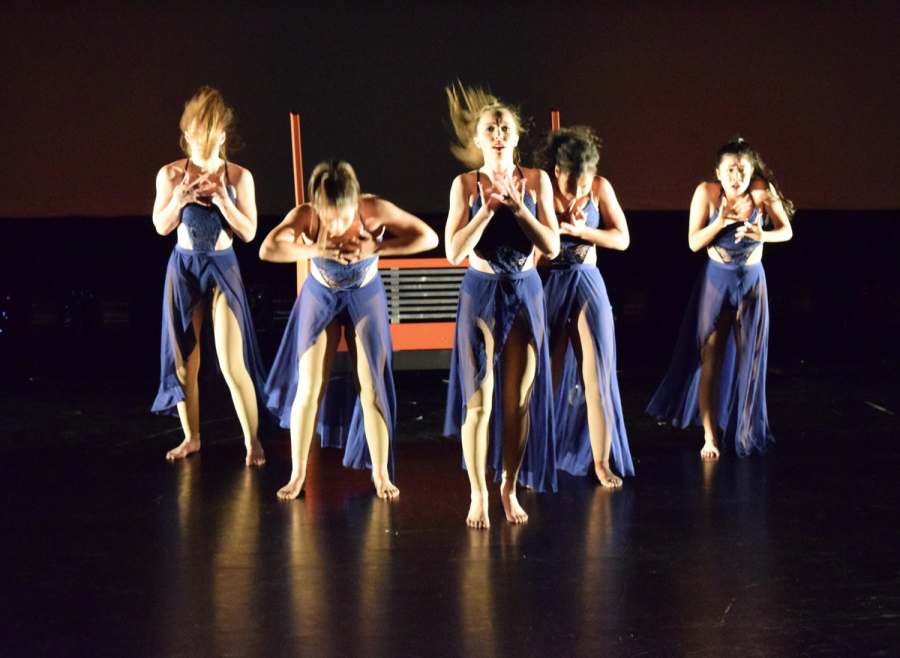 On Nov. 16 and 17, the 13 members of the Synergy dance ensemble and their teacher, Ms. Robinson, put on a performance of 11 dances to showcase the theme of The Digital Age.

Each show has a unique theme that allows each dancer to explore a variety of emotions and topics, and this year’s theme was no exception.

“Each of us [senior choreographers] took a different approach and really ran with the theme, and we ended up with seven amazing student pieces that shined on stage,” senior Paige Czepiel said.

“I loved choreographing my own dance and being able to watch it backstage. My dancers killed it!’ senior Erica Roque said.

Senior Haley Rosmann also enjoyed this aspect of the show.

“During rehearsals we are so focused on trying to get our dances done and performance ready that we barely get to pay attention to the other dances going on around us,” Rosmann said.

The ensemble had been hard at work for months.

“We spent about nine hours per week in the dance studio for three months,” Czepiel said.

All the rehearsals began with the choreographer talking about the meaning behind their piece.

“Each rehearsal after is full of hard work and creativity until we go on stage,” Rosmann said.

After months of hard work, the talents and commitment of the dancers were  showcased in the performance.

“The show went really well! Everyone went above and beyond in the way they committed to their characters, which made the pieces really resonate with the audience,” Rosmann said.

Although the dancers had another great performance, they are sad that it’s over.

“‘We had the best time dancing with each other and are really proud of our hard,” Czepiel said. If you didn’t get a chance to see this performance, Synergy will perform again, along with the other dance levels, in the spring dance concert .